Activists for Beacon Road and Kingsgate Wards celebrate after a request to build 74 homes on land off Reading Street Road was refused.

The proposal was to build on 5.06 hectares of farmland between Broadstairs and St Peter’s which was also in a designated ‘green corner’.

In the planning application it is stated: ‘An application for residential development on this site would, under normal circumstances, be contrary to the adopted development plan, but in this case Thanet District Council has failed the delivery test. of accommodation.

“The Housing Delivery Test (HDT) was introduced by the government as a monitoring tool to speed up housing delivery.

“The housing delivery test compares net housing delivered over three years to housing required over the same period. The 2020 results show that Thanet District Council only met 54% of the district’s housing needs. November 2019 results for Thanet show delivery was only 35%. 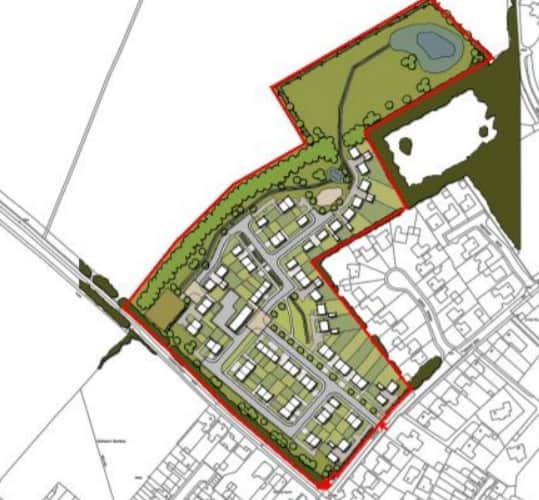 “As a result, the council had to apply a 20% buffer to the supply of housing land and produce an action plan. Failure to pass the HDT at such a low level means that the presumption in favor of sustainable development applies to all developments in the neighborhood.

However, Thanet council turned down the plans, some 9 months after they were first submitted.

The proposal provoked some 140 objections, with campaigners saying the development would put pressure on local infrastructure and in particular highways.

Resident Wendy Hall said: ‘It’s great news that the essential Reading Street Road green corner lot is going to be preserved for the benefit of all local residents.

“It’s great that the opinions of the community have been louder and heard above the power of the developers, a real milestone in the history of the region.”

Campaign spokeswoman Jenny Matterface said: “It has been a very long and worrying wait for residents. The campaign started when we could not organize public meetings. The whole campaign was therefore broadcast on social networks and by distributing leaflets.

“We thank everyone who helped distribute the 1,200 flyers. This site is in the Green Corner in the Local and Neighborhood Plans and was a Protected View in the latter. The Green Wedge designation is designed to create open space between settlements and this, if approved, would have closed much of the gap between Broadstairs and Margate.

“We are delighted with the refusal.”