On Saturday night, the Barn Raisers’ Ball at Agricultural Hall in West Tisbury will mark the 24th anniversary of the year the Island came together to raise an old frame for a new barn. Community barn ranching symbolized a new heartbeat for the Martha’s Vineyard Agricultural Society, which was moving from Grange Hall in the center of the village to the site of Panhandle Road.

But this year, when the Islanders get to the ball, they’ll find something different. For the first time, there will be a donation pot.

Agricultural society is at a crossroads. – Albert O. Fischer

The Martha’s Vineyard Agricultural Society, owner of the venue, is in financial deficit and needs help.

“Our finances are in a terrible state. . . and we just want people to understand that we can’t be as generous as we would like, ”said Jim Athearn, a longtime director of the company whose family owns Morning Glory Farm in Edgartown.

Mr. Athearn said the Agricultural Society is at a crossroads. But unlike 1994, when so much time and energy was spent building a new hall, attention has recently turned to home affairs.

In the foreground are the financial problems. Over the past five years or so, the company has incurred a mortgage obligation of $ 1.1 million, primarily related to the 2012 purchase of 10 acres of land at Martha’s Vineyard Museum. The grounds are located between the lobby and the Polly Hill Arboretum. The company and the arboretum shared the cost of the $ 1 million purchase, with the company paying $ 800,000 for its share. But with limited cash flow, the company quickly fell behind. “We invested in land, but it was a reach,” Mr. Athearn said.

Subsequent borrowing revolved around a more recent venture to build a solar panel on an adjacent acre of land, with the aim of generating income by selling electricity. The venture, carried out in partnership with island electrician Bill Bennett, lasted two years and only started producing revenue this summer, Athearn said.

“It’s complicated,” he said, describing the labyrinth of bureaucracy around solar panels which ultimately include both the sale of electricity – in this case at the Vineyard Rink – and tax credits. . 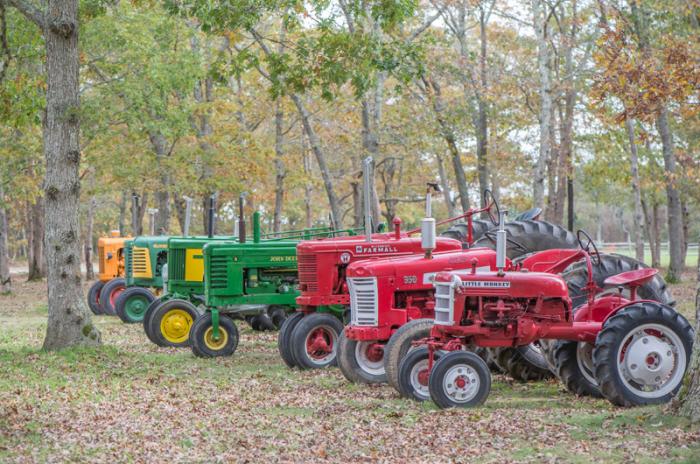 Sally Rizzo, who worked part-time as the company’s chief executive, said the current shortfall is around $ 100,000 on an annual budget of around $ 500,000. She said the company owns three mortgages, all with the Martha’s Vineyard Savings Bank. The company’s main source of income is the fair, which Ms. Rizzo says brings in around $ 150,000 after expenses. But fair attendance has remained stable and even declined slightly in recent years as spending increased, including for garbage removal, Mr Athearn said. The other income comes from the rental of the hall, limited to six events per year as part of the zoning with the city, and now from the solar panel.

Ms Rizzo and Mr Athearn also confirmed that longtime fair manager Eleanor Neubert and Nevette Previd, the organizer of the annual Living Local harvest festival, have both resigned. Ms Rizzo said the company plans to hire a program manager in the near future to take over these two jobs and also develop more contacts and links with farmers in the community. She said there are currently around 2,000 society members, but many are life members who have paid relatively small one-time fees (currently $ 250). Going forward, she said the focus will be on developing more annual memberships, launching an email newsletter, and exploring community partnerships, among others. Additionally, she said the company’s finance committee has been reconstituted.

“Agriculture on the vineyard is changing so much and we have an important role to play,” Ms. Rizzo said.

Meanwhile, the company’s next annual meeting on November 15 is expected to see the election of a new chairman and also the adoption of term limits for directors, most of whom have been in place for 30 years or more. . There are 16 administrators. Brian Athearn, a young West Tisbury businessman and family farmer (nephew of Jim) who served as the company’s vice chairman, has been appointed chairman to replace longtime chairman Dale McClure. The annual meeting begins at 7:30 p.m. at Ag Hall and is open to the public, although only members can vote.

Jim Athearn emphasized the need to revitalize the company’s mission, which dates back to the 1800s when agricultural societies were formed primarily to promote agricultural education through annual fairs.

“The company is taking all necessary measures,” she said. “They are working on a plan for the next generation, the solar panel revenue is coming in now. There are a lot of positives.”

The Bal des Raisers de la Grange is Saturday from 7 p.m. to 10 p.m. at Ag Hall with Johnny Hoy and the Bluefish. People are asked to bring dessert.

The Grand River Agricultural Society will provide up to $10,000 to support agricultural businesses